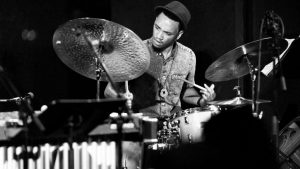 Jeremy Dutton (Instrumental ’12) was highlighted in the Houston Chronicle for his early success in the New York jazz scene, noted as the latest in Houston’s “Drummer Factory.” “Two years ago producer Don Was — also president of the jazz label Blue Note — said ‘we should probably set up a satellite office next to the principal’s office at HSPVA.'”

Cressandra Thibodeaux (Dance ’84) was covered by the Houston Chronicle for 14 Pews, her Houston arts non-profit.

Natalia Kian (Theatre ‘15) was a Production Assistant in the Costumes Department for the new acclaimed series, Little Fires Everywhere.

These days, we could use more YouTube “Stories” like those posted by Charles Jones (Vocal ‘00). He’s got quite a few, but for a pick-me-up, start here.

Alex Perez (Instrumental Music ’11) is a music teacher at Orange Grove Elementary in Aldine ISD. He was featured in the Chronicle: “As a music educator, it’s my responsibility and job to expose my students to music that is not only accessible and relevant, but also unfamiliar from what they are exposed to on a regular basis and in their homes,” Perez says.

Jalen Baker (Instrumental ‘13), jazz vibraphonist and percussionist, recently visited Kinder HSPVA to work with current percussion students and came back to perform with them at Mucky Duck. He also has the distinction of being the first artist to debut LMMF’s “New Artist Series” for 2020.  “I think I’ve always known that I wanted to pursue music. The thing that was tricky for me was what type of music. I’d say around my junior year of high school while taking lessons with [HSPVA alum] Chase Jordan I pretty much knew that I wanted to play Jazz.” Learn more about his projects here. 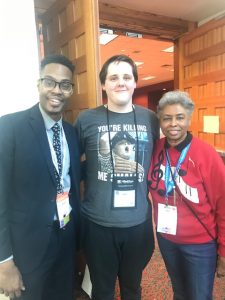 Robert T. Gibson (Vocal Music ’07) had his arrangement of the hymn “Amazing Grace” performed by the Texas All-State Tenor-Bass Choir at the 2020 TMEA Conference. 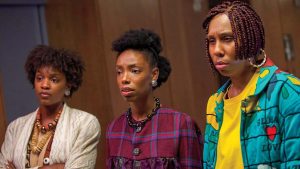 Justin Simien (Theatre ’01) premiered his film Bad Hair starring Elle Lorraine (Theatre ’03) at the Sundance Film Festival. “A grad of Houston’s rigorous High School for the Performing and Visual Arts, the Texas native never considered a career outside of performance. ‘Starting at 14, you are treated like an adult,” she says of her schooling. “You are given the freedom, but you are also given the criticism.'”

Dime Davis (Theatre ’04) is the director and show-runner for BET’s “Boomerang” — Season 2 dropped on March 11th!

Samantha Williams (Theatre ’15) joined the Broadway cast as Emmie Thibodeaux in the revival of Caroline, or Change. 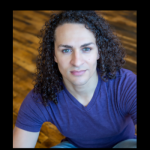 Jordan Hunt (Dance ’04) is in the cast of Emojiland: The Musical, a new Off-Broadway musical at The Duke on 42nd Street. The show is a Critic’s Pick in The New York Times, which calls it, “a tonic of a musical, big-hearted and comforting.”

Willie (“Beattle”) Alston (Theatre ’74) wrote and directed the play Sister Rudie Poot & The Preacher Who thought He Could which will premiere on Saturday, June 27, 2020 with his company The Positive Project.