Continuous live music in four venues, all under one roof!

Join us on Thursday, October 24, for MusicFest! MusicFest is all about honoring the spirit of Spaghetti Supper, the annual fundraising event for Kinder HSPVA’s Music Departments, while accommodating the new location, layout, and unlimited potential of the downtown campus.

“The downtown campus calls for a new interpretation of Spaghetti Supper,” says beloved former faculty member Pat Bonner, who led the Music Departments for decades. “We have an opportunity to elevate the good we can do for the Vocal Music, Band, Orchestra, Jazz, Piano, and Mariachi programs.” 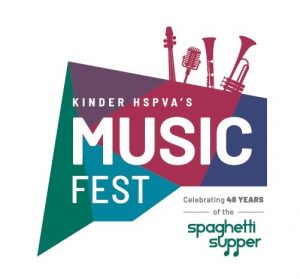 We agree! After consulting faculty and alumni both, MusicFest felt like the perfect direction to take. Here are a few reasons why:

Here’s what’s not changing: For one spectacular night, we welcome the community to campus for dozens of music performances on four different stages, all in support of the Music Departments!

A Tribute to the Time-Honored Tradition of Spaghetti Supper

For forty-seven years, the Spaghetti Supper fundraiser has been a part of the HSPVA school year. The beloved tradition had humble beginnings as a community potluck that brought families together to celebrate the Music Department. 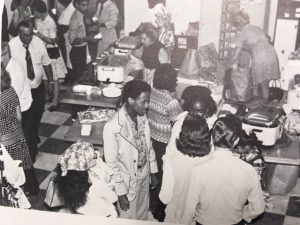 “Ed Trongone, who had used an annual Spaghetti Supper to benefit instrumental music at Lee High School in his prior teaching, brought the lasting tradition to HSPVA in the school’s first year. Initially, the HSPVA Spaghetti Supper proceeds went to the entire school, but in later years benefited the Music department.”  – Elaine Clift Gore, Talent Knows No Color: The History of an Arts Magnet High School

Mr. Trongone distributed his recipe for spaghetti sauce to students, so each household could contribute their own pot to a giant batch. Rumor has it – that is, rumors from long-term attendees – it wasn’t unusual to find variations on the recipe mixed together with your pasta! Veal cutlets? Italian sausage? You name it, someone probably found it on their fork.

Regardless, this meal brought the community together year after year. Students and their families were able to mingle with alumni and local supporters to celebrate the instrumental and vocal music programs. It was a wonderful way to see old and new faces, and – most importantly! – to provide funding for the renowned curriculum. 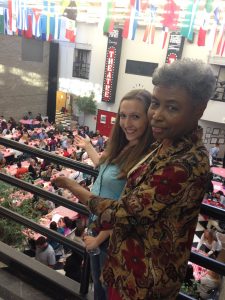 As the event moved from the original campus to Montrose in the early ’80s, the Supper had to change and grow. To accommodate a larger facility and a growing body of students, not to mention the growing number of alumni and their families, the spaghetti had to be professionally catered. Generous restaurants stretched themselves to keep the meal affordable, but delivering spaghetti for the masses became more complicated and expensive each year. In fact, for the last decade, the guest list for each Spaghetti Supper has averaged 1,600 people!

This year, at the beautiful new Kinder HSPVA campus, the event will go through another evolution. Ever since last year’s Supper, faculty, staff, alumni, and parents have been brainstorming ways to transplant the tradition to the downtown campus. After all, downtown presents an entirely new set of circumstances! In addition to the rising cost of spaghetti and growing financial needs of the Music Departments, we had two obvious new challenges to work around: 1) downtown parking, and 2) a vertical campus.

We’re pretty proud of the solution: a celebration of old and new traditions, drawn from another long-term fixture at the school, MusicFest!

Reviving a Piece of HSPVA’s Legacy 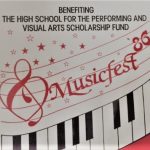 MusicFest began in the late 1970s and served as a benefit concert and scholarship provider for HSPVA students for twenty years. In 1997, under the leadership of longtime volunteers, parents, and faculty, MusicFest expanded to become HSPVA Friends. What was once a premiere annual event became a year-round effort to fill the growing financial needs of the school’s art areas.

The name MusicFest preserves the spirit of Spaghetti Supper’s cause.

“I love it. I have wonderful memories of potluck Spaghetti Suppers in the original campus when I was a student. Now, we’re honoring our traditions, but not being bound by them. MusicFest is really going to show what this new campus can do!” said Director of Vocal Studies and HSPVA alumna Julia Hall (’77). “I want to see everyone in the Studio Theatre that night, supporting my incredible Vocal Music students!”

And don’t worry! The annual bake sale – headed up by Ms. Bonner herself! – will be in full swing this year as families and new attendees from our downtown neighbors bounce from the Denney to the Recital Hall to the Studio Theatre to the Black Box, so you’ll definitely have a chance to grab some cookies or a cupcake between sets.